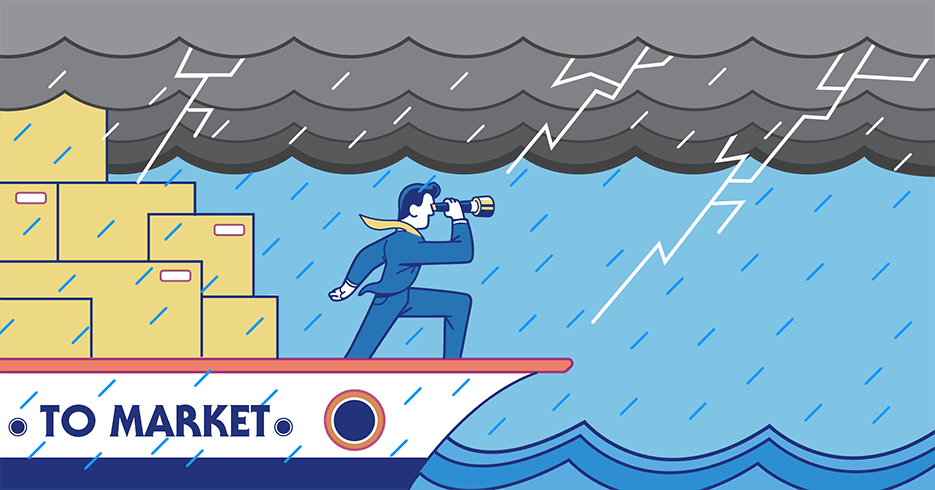 I recently re-watched the 2015 Ted Talk by Bill Gates in which he predicted how a flu-like airborne pandemic could cross continents via pre-symptomatic travelers—infecting millions of people and laying waste to the economy. I saw it a year ago for the first time, and am amazed how my perspective has changed.

I’m no less boggled that somehow, even coming from one of the largest, most credible voices on our planet, the warning wasn’t enough back in 2015.

Many leaders understood how real the risk was, yet rather than invest what is now clearly a small amount in being proactive, hoped charm or providence would intervene to protect us all. That kind of ostrich optimism is a thing of the past.

For a while, at least. (World War I was called “The War to End all Wars” despite setting the stage for a far worse one.)

But the pandemic did hit, everywhere. Overnight we found ourselves hunkered down, watching Jimmy Fallon broadcast the Tonight Show from his own home, interviewing celebrities via Zoom while being photo-bombed by his two kids. We were serenaded by Neil Diamond about “washing hands” from his fireplace to the tune of Sweet Caroline. One day I had video calls with clients in Italy, Australia, the UK and both US coasts, all of us working from home with children passing through as we talked business. It seems like a bizarre dream.

We’re still in a confusing new normal, as we navigate our transition toward an unclear future. We are becoming strong adapters, as will be the generation growing out of this.

We know how fortunate we are to still be in the game. We watched helplessly for many months as wave after wave, a brand new virus exploited the massive vulnerabilities in our society, our healthcare systems and in our leadership.

What still concerns me is the long-term impacts on people. Those who lost one or more loved ones. The emotional toll of all that stress on front-line workers who were worked to exhaustion. The social impacts on children from playing six feet apart.

And the economic impacts still ahead. So many people remain unemployed, with many families no less certain how they will put food on the table. The many business owners who saw their cash flow freeze while bills continued to arrive, and dug great pits of debt with relief falling terribly short. And we’re only beginning to get a picture of the long-term cost of paying for all of this, to nations, municipalities, individuals and businesses that were already in terrible shape before COVID.

As a veteran entrepreneur—I’ve been running Graphos Product for over 27 years—I have witnessed my share of crises and recessions. Nothing like this of course, because none of us have.

While a lot of businesses will continue to struggle in the coming months and some are yet to fail, I see an increasing number finding ways to grow and emerge stronger. Those leaders are not overcoming and thriving by pure dumb luck. They have been doing some very important things differently from most:

My six-year-old daughter asked me yesterday how many pandemics I had survived. “The same number as you,” I told her: “One.”

And we got through it together, creating bonds, learning many lessons and acquiring a way of thinking that would otherwise have never been as profound.

Perhaps the single biggest lesson out of this is not to see your market, your audiences, or your product’s benefits through a lens of the past. Think about what future buyers will need to feel served, honored and fulfilled. Lean in on that expanded view of our collective psychology, and the curve we’ve now witnessed in our lifetime. There’s a richness in having overcome something historic—and with it comes greater responsibility.

Get an Unfair Advantage

Helpful articles and fresh insights from the product marketing experts, straight to your inbox!